We share a love of classical music and the ambition of maintaining and promoting the National Theatre as a hive of cultural activity in Munich.

The association offers its members – currently 900 – a unique opportunity to develop an intimate, special relationship with the National Theatre as part of a strong community and to help shape and share in its development as a Friend and patron.

The association is inextricably linked with the National Theatre’s success story and Munich’s cultural life. Our involvement extends well beyond building measures to embrace projects such as the Portrait Gallery and nurturing nascent talent and the orchestra. You can find an overview of our current interests under ‘Funding projects’.

Of course, we also organise special events for our members to gather together and socialise. We have summed up the benefits you can expect as a member under ‘Become a member’.

“We thank all our
members and donors
for your commitment” 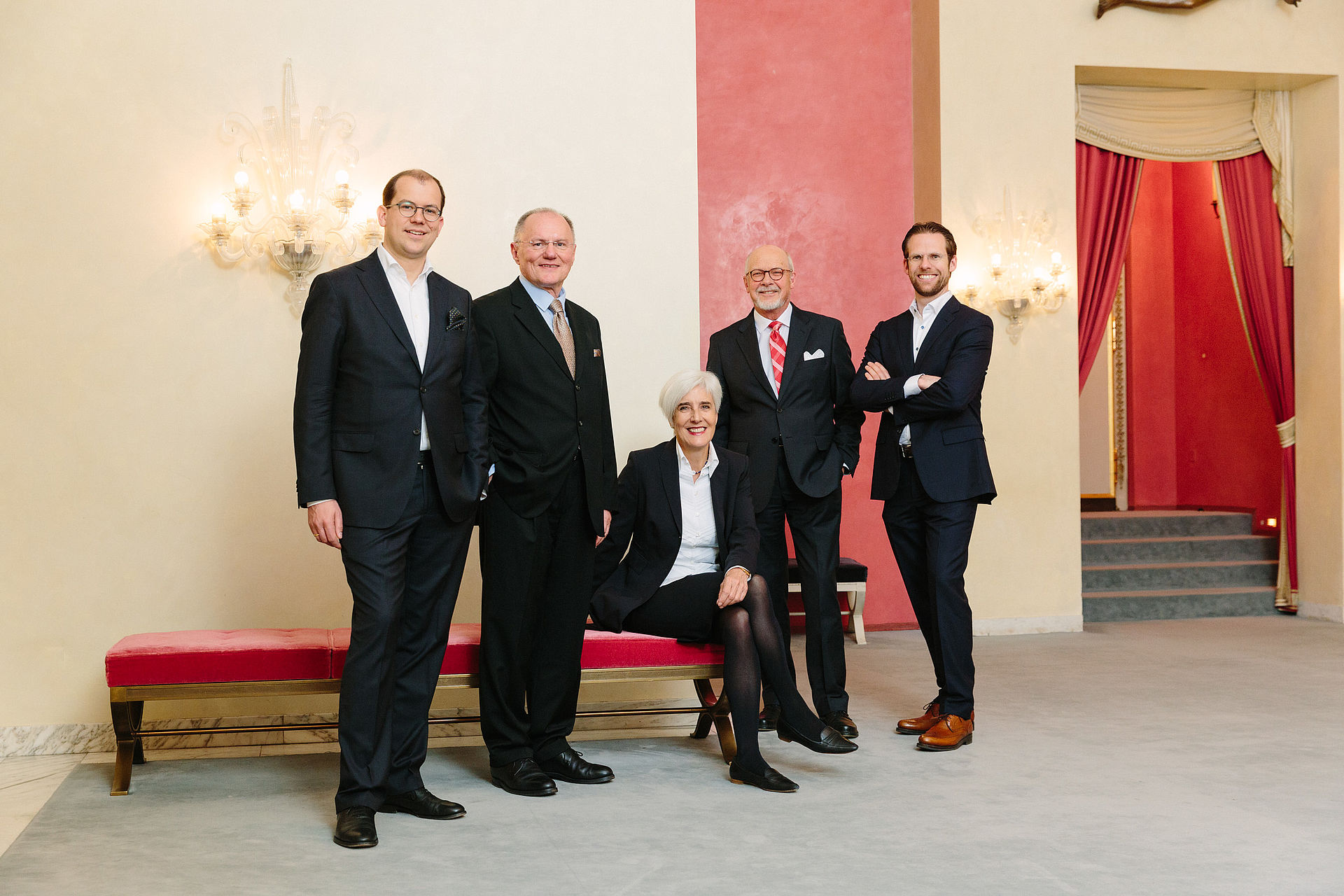 We would be happy to provide you with information about our association and its activities. If you have any questions, please contact our office.

Enduring support for Munich’s musical theatre is an honourable, worthwhile and ambitious aim.

The decades of serious and steadfast work performed by our association have inspired sponsors and patrons of the arts to offer generous foundations and donations that will ensure our efforts continue long-term. Here is a selection of the foundations we run as a result: 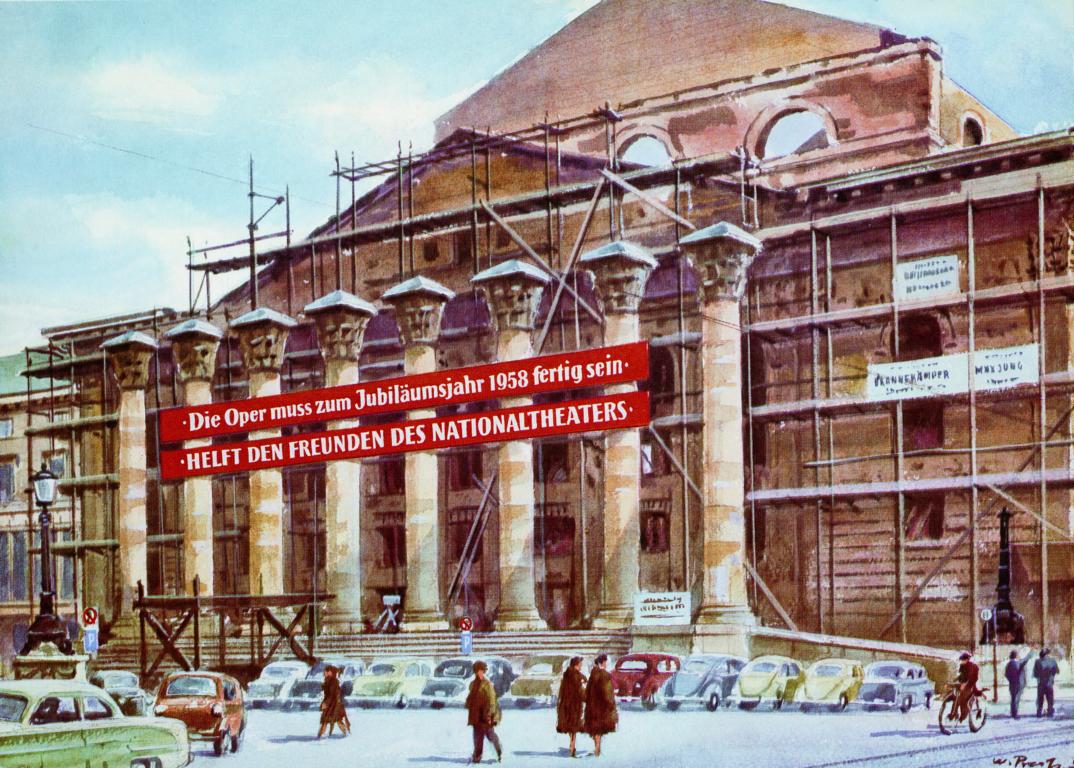 If something’s not done soon, the bulldozers will have to move in! This was the warning issued by the Friends of the National Theatre to the public during their campaign launch in 1951. The aim was to canvass for the reconstruction of the National Theatre – on its former site and in the original style by Carl von Fischer from 1818 with the extension by Leo von Klenze.

Public pressure needed to be drummed up. And so famous conductors such as Hans Knapperstbusch and Eugen Jochum, along with many other public figures, signed the petition to garner support. This was an important gesture, as not many politicians would be willing to stick their necks out for rebuilding a cultural venue in the face of the blanket decimation that Munich had suffered during the war. Not only that, but there were also staunch proponents of updating the style. 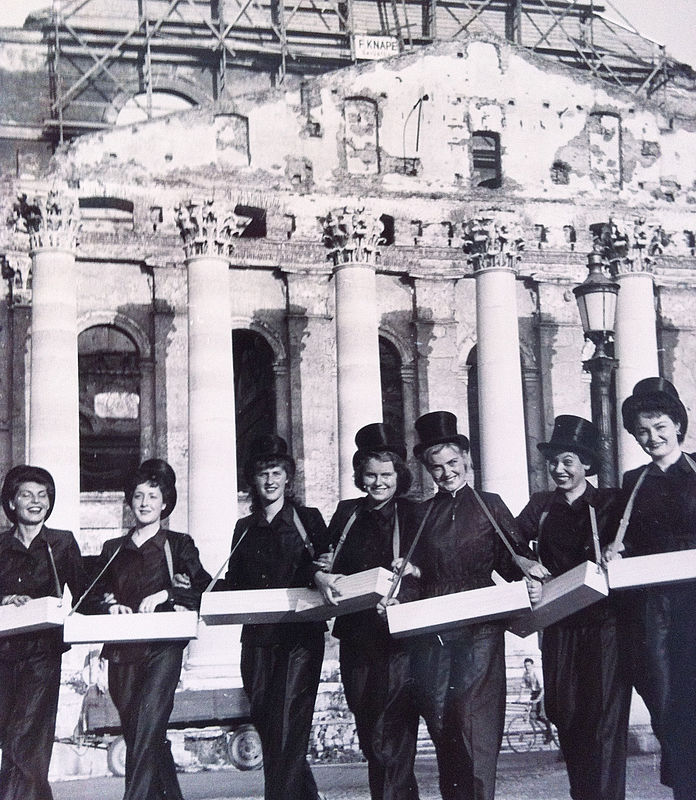 Founding an association and publicising the cause was not enough at the time. Money was needed – and the plan was to run a tombola. The first was held in 1952, generating 625,000 German Marks. After that, the tombolas became an annual fixture in Munich city centre.

The Friends’ “collective” efforts stretched way beyond this. One fundraiser followed the next for the course of a decade – concerts, plays, gentlemen’s evenings and even a day of flights at the Oberwiesenfeld (now Olympic arena) all brought in money for this good cause. 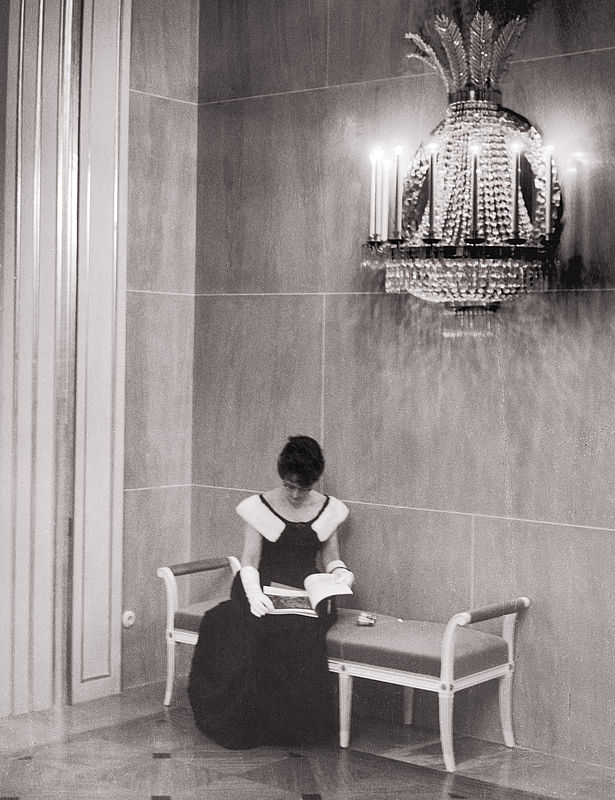 The Friends’ donation towards the reconstruction of the National Theatre helped pay for the main chandelier in the auditorium, almost the entire seating, the painted ceiling in the King’s Hall and much of the interior decoration, such as the wallpapering, stucco, gildings and classicist trimmings. 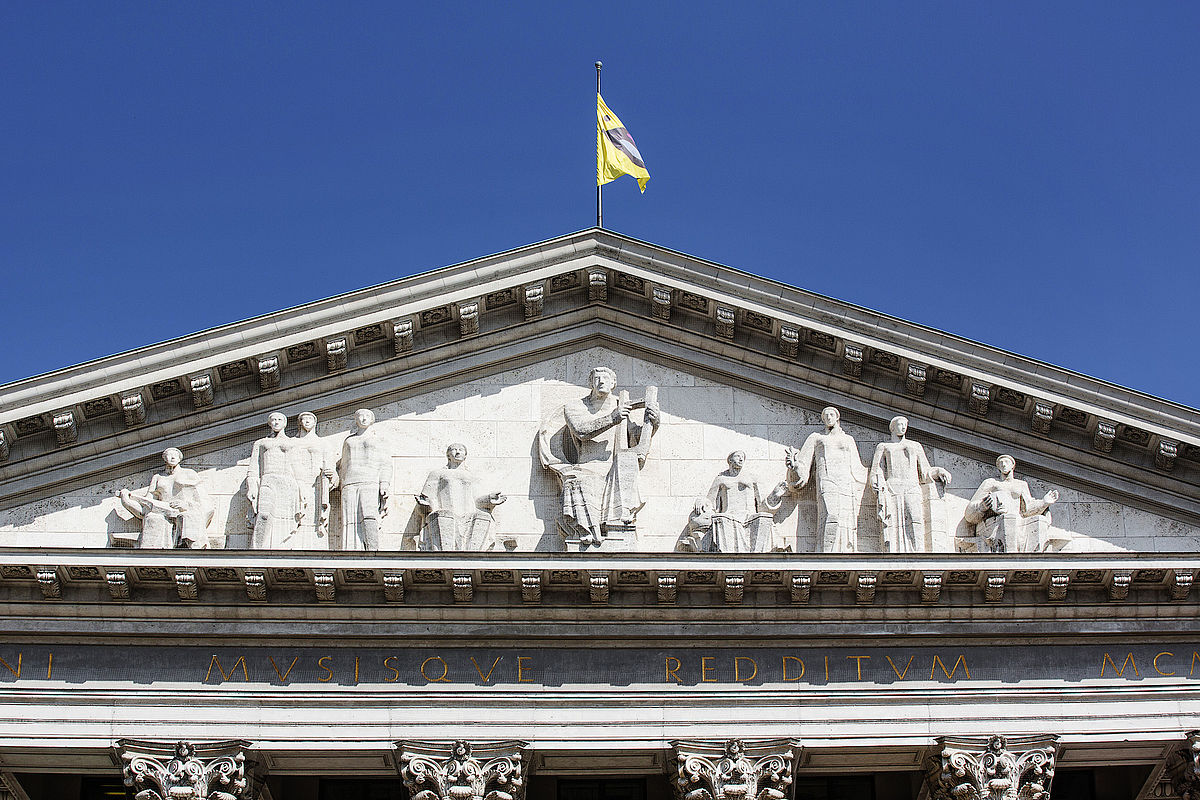 The Friends of the National Theatre also raised money for the decorative stone tympanum on the portico. It was unveiled in 1972. It took Prof. Georg Brenninger five years to complete his depiction of “Apollo and the nine muses”. 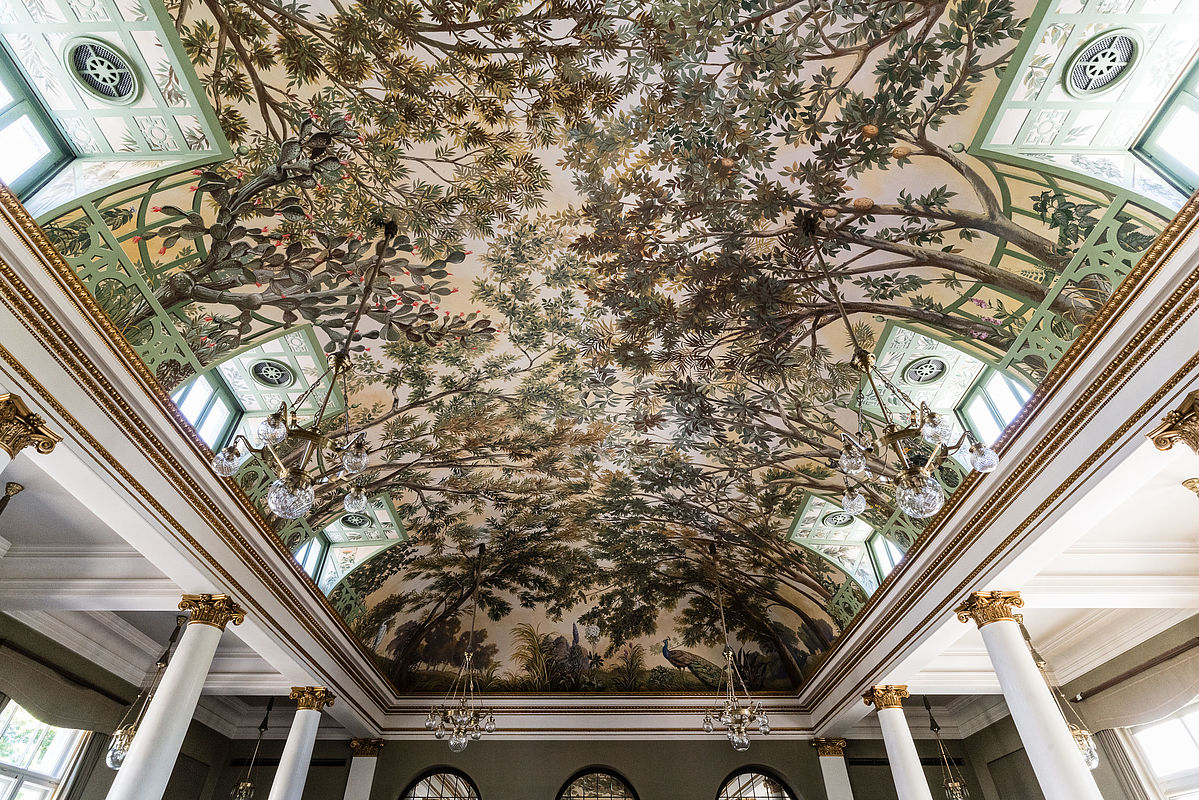 The Friends’ efforts to renovate the Prince Regent Theatre, for which there was little political appetite following its closure in 1963, also went on for years. They circulated a petition that gathered 100,000 signatures. When the Landtag gave the go-ahead for the renovation works in 1983, the Friends of the National Theatre were instrumental in forming the “Citizens’ Initiative for the Prince Regent Theatre”. The Friends also organised two special fundraising events, starring Ruggiero Raimondi and Hermann Prey, at the Cuvilliés Theatre to raise money for the renovation of the Garden Room.

By the time this “Sleeping Beauty” was awoken from its 25-year slumber on 9th January 1988, the Friends had raised no less than 750,000 German Marks for the renovation works. The association managed to find another one million German Marks to complete the project. 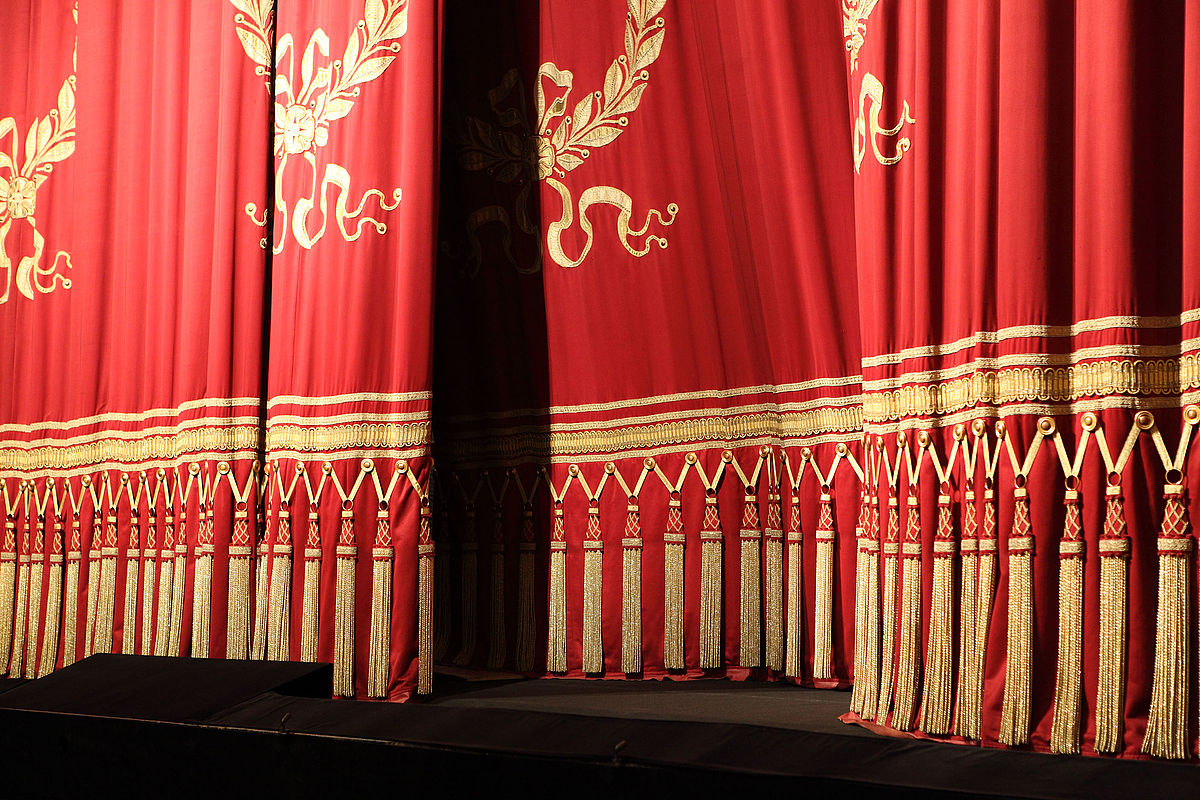 When the stage curtain went up in flames during a rehearsal in 1993, the association immediately offered to pay for a replacement. The price tag of 450,000 German marks was covered with additional support from the Bayerische Handelsbank AG. As a result, the magnificent red showpiece – a tableau curtain with 120 metre-long gold tassels and six golden laurel wreaths of two-metre diameter – was back in place in time for the 1995/96 season. 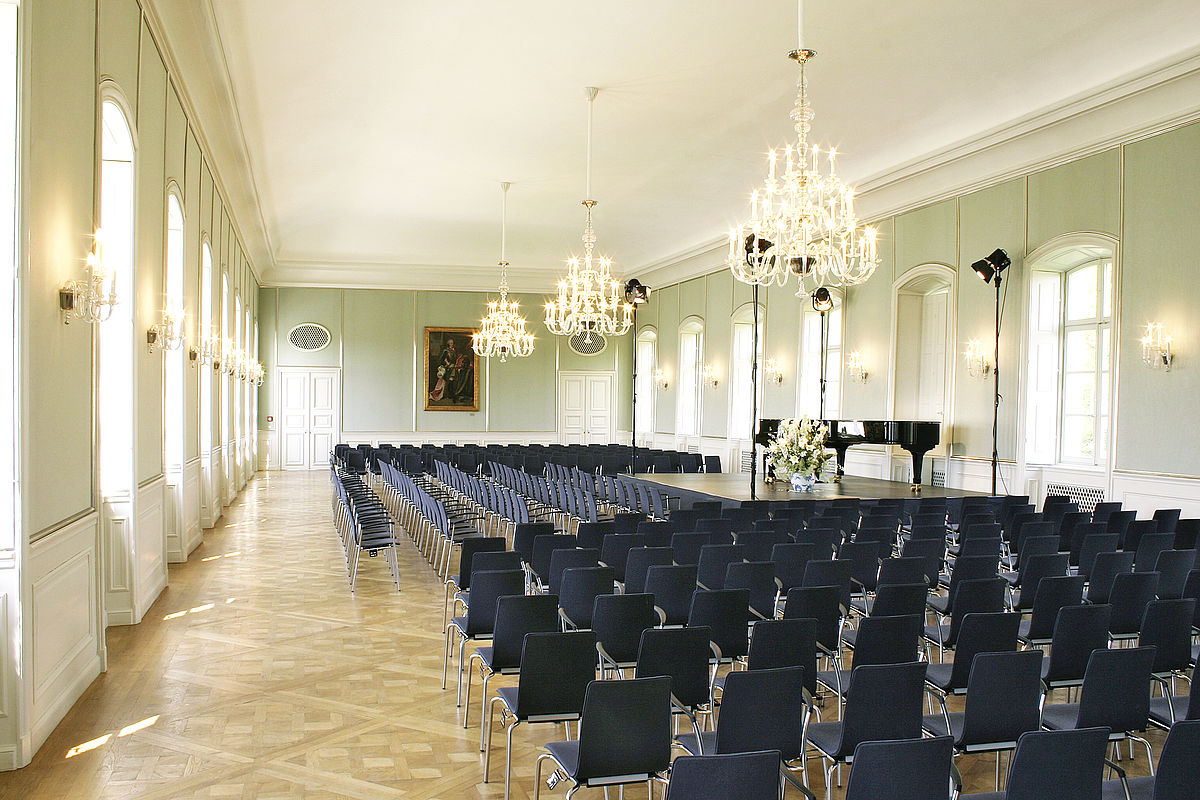 The Friends first drew the public’s attention to the plight of the Hubertus Room – the former jewel in the crown of Nymphenburg Palace – in 1992, by means of two fundraising events. Only the main structure of the hall remained in place – lacking any interior fittings and deteriorating further with each passing day.

Prompted to act by the association’s efforts, the state initially invested 5.7 million German Marks to secure the structure and renovate the roof timbers. The state agreed it would cover the costs for fitting the hall out as a concert chamber if the general public were to contribute a 1.5 million share. The Friends succeeded in meeting this target. Since being reopened in 2003, the hall has hosted all sorts of cultural, scientific and social events pretty much every other day. 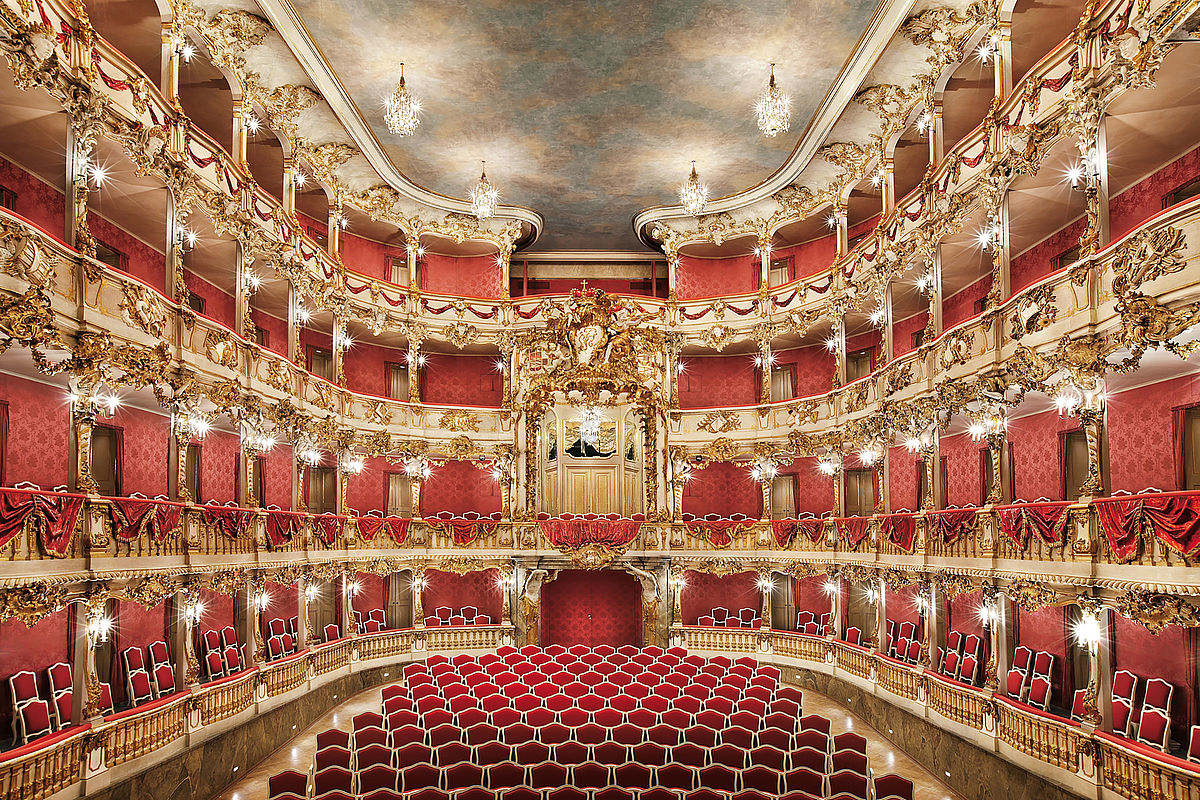 The Friends joined forces with the “Cuvilliés Committee”, which was specifically formed to get the venue back up and running, to mobilise public support. They were thus instrumental in ensuring the Cuvilliés Theatre played a part in the city’s anniversary celebrations. 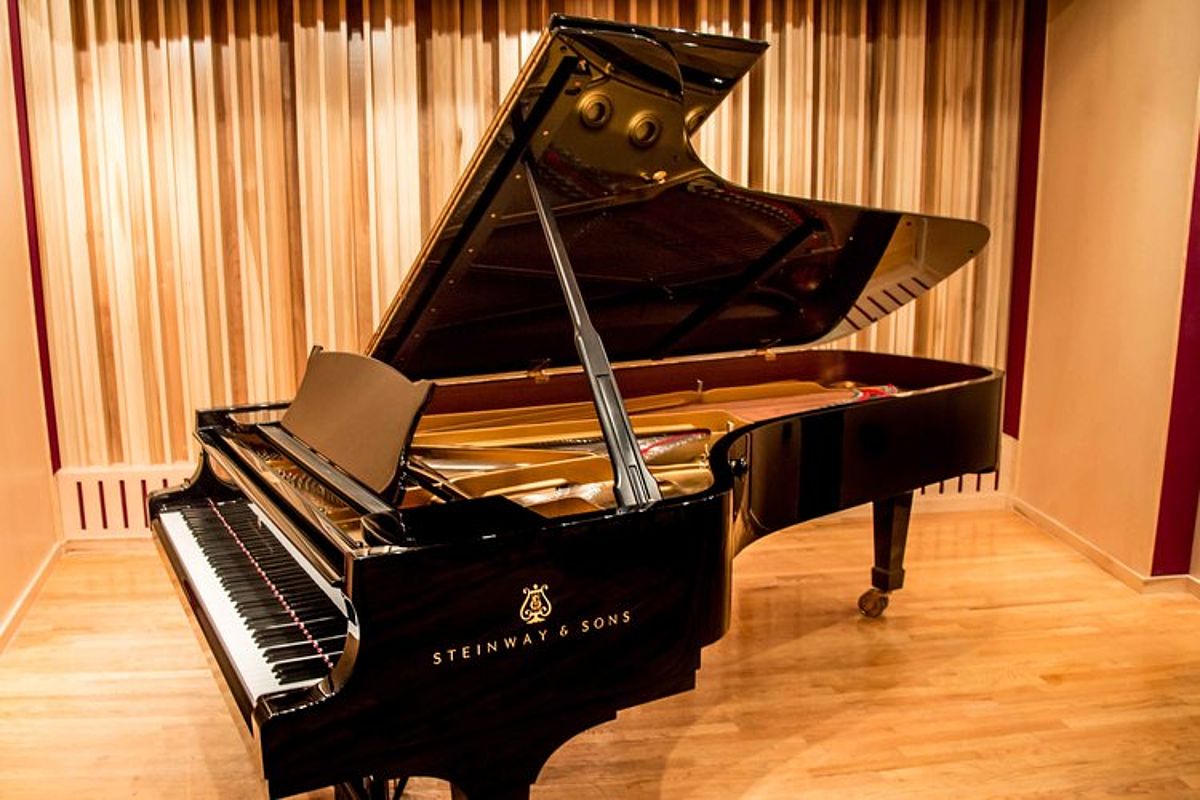 2011 – A concert grand piano for the State Orchestra

The purchase price of 120,000 Euros was raised by means of a supporters’ donation campaign.

2013 – A facelift for the Portrait Gallery

The National Theatre’s Portrait Gallery is both part and a record of Munich’s operatic history. It bears witness to the outstanding artists who have been linked with the Bavarian State Opera. Founded by General Director Ernst von Possart entirely with private funds in 1899, this collection provides an ongoing record of the faces that have graced the stage with its portraits by the artists of their times.

To commemorate the “50th anniversary of the reopening of the National Theatre in Munich”, portraits were commissioned for a group of 21 singers with close ties to the Bavarian State Opera from the last 50 years.

The Friends of the National Theatre have been in charge of the gallery since 1963 and have played a major role in funding this project by raising 100,000 Euros.